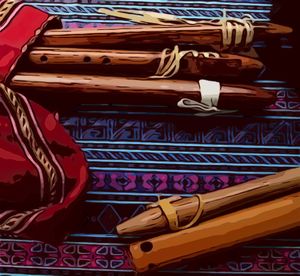 Huron River Flute Circle came together 2010, when I received a call from John Harris asking me if I would be interested in an adventure with him.  To start a Flute Circle.  I reached out to many people as to where would we have this? how do we get the word out!  After much investigation, I called Oakwood Nature Center, where we had our first meeting and continue to do so.  John advertised on line and met Steve Nelson.  Our first meeting John Harris, Steve Nelson and Me.  We meet once a month from September thru June and have grown to 12-15 people, including drumming.